1
%
of the Fortune 500 firms that existed in 1955 are gone
1
%
of U.S. employees have inappropriate access to applications and data
1
fines results from GDPR noncompliance alone
Industry Awards

Why Okera?
To use your data. Responsibly.

If your data is locked away in cold storage, or locked down because only a few people need it, you don’t need Okera.

But if your organization invested in a team of data analysts and data scientists, chances are very high that they complain that data security approvals and privacy concerns are slowing them down and delaying their progress.

Perhaps your data democratization efforts aren’t returning the results you were promised. Or you want to move sensitive data workloads to the cloud so you can innovate faster and cost-effectively, but security and compliance concerns are holding you back.

In all these cases, you need to use your data to drive the business forward, and you absolutely need Okera. Where we came from:
Universal data authorization.

Okera was founded in 2016 by technology pioneers who saw that the big innovation in big data — specifically the separation of storage and compute — created a big gap in data security.

At the same time, organizations started accumulating massive amounts of data. A lot of that data was and still is personally identifiable information (PII) that many citizens of the world want to keep private. Governments responded with data privacy regulations, most prominently GDPR.

Okera’s first customer is a widely recognized global brand, and they came to us because they needed to allow advanced data analytics on a variety of compute platforms while complying with the the Dutch Personal Data Protection Act (WBP). Several innovations later, and Okera is now trusted to authorize access to hundreds of petabytes of sensitive data for the world’s most demanding companies and even regulatory agencies themselves.

Learn more about our co-founder, CEO, and CTO: Nong Li. Having proven our ability to protect data in-use at massive scale, Okera is making it easier for earlier-stage companies to adopt an effective data trust layer.

With our new SaaS deployment option and packaged offerings for modern data platforms like Snowflake and Databricks, unicorns-in-the-making can start small, assured that data security will scale beautifully to support rapid growth, and at far less cost and effort than conventional methods. Okera’s Point of View is that organizations need universal data authorization for the same reasons they already use centralized directory services and identity providers for authentication:

Enforce policies consistently, regardless of the data platform. Okera does the heavy lifting of enforcement for you.

All data stakeholders can participate in policy creation and validation, and can self-serve their own audit reports.

Okera's mission is to enable everyone to use data responsibly.

We make it easy for all data stakeholders to collaborate to define and evolve enterprise-wide data access policies, and Okera does the heavy lifting to enforce those policies. All so your organization can be the data-driven market leader that is trusted by your customers, partners, constituents, supply chain vendors, industry analysts, and employees.

Okera's vision is a world where all data is accessible, protected, and trusted.

Help us make that vision a reality.

Join the Team
Get a demo

Okera is the proud sponsor and host of the award-winning AIRSIDE industry conference. AIRSIDE brings together industry thought leaders and practitioners to deep-dive into all things Big Data, Data Security, and Data Governance. 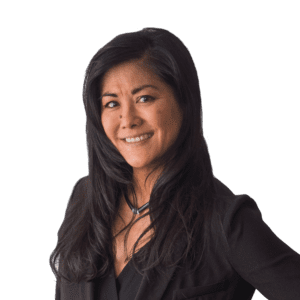 Learn more about what it’s like to work at Okera.

Meet the Okera Board of Directors